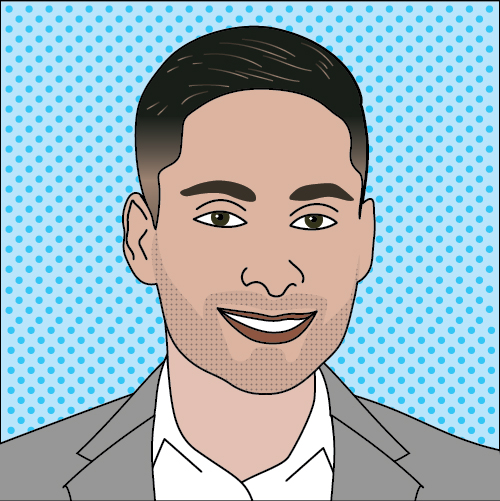 In a parallel universe, Chris went to culinary school and became a world renowned chef, but in this universe he is ESM’s exceptional Media Activation Manager, handling publication relations and contract generation and negotiation for direct buys across various media channels. In just the time since Chris joined ESM, he’s been consistently impressed with the company’s rapid growth, adaptability to the changing industry, and commitment to consistently going above and beyond to serve clients.

Chris is the quiet one on the team, but looks can be deceiving. He is fiercely passionate about his family, including their newest addition, an 8 month old chocolate English lab named Luffy. Chris also cares deeply about environmental issues and protections: if he did not work at ESM, he thinks he would likely work in environmental protection himself!

At ESM, Chris is excited about the role he gets to play in the growth of the company, while also being supported in his own professional development. It is this balance of autonomy, innovation, and collaboration that sets his experience at ESM apart from his previous media experience.

Fun Fact: Chris was once stuck for four days on a sailboat in a huge storm between Bermuda and Connecticut.